Gabriel Silva’s dream of becoming a pilot was lost when he was diagnosed with type II diabetes, he decided to change his lifestyle and diet. Introspection led him to his spiritual roots which are based on one simple principle – “do no harm”. He apprenticed in his father’s shoe factory to learn the trade. He launched Ahimsa in 2013. In 2014, only 6 months they took a very big step. They opened the doors to their own factory. He felt uncomfortable that his products were being made by a third party who did not fully share his beliefs. To this day, it remains the only 100% vegan shoe factory in the world.

END_OF_DOCUMENT_TOKEN_TO_BE_REPLACED 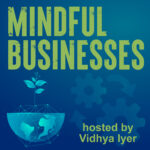